Powerextra Replacement Xbox One Controller 2 Pack Rechargeable Li-ion Battery with 2.75m USB Cable Compatible with Xbox One, Xbox One S, Xbox One X, Xbox One Elite Controller by Controller Gear has discount price at our store. Check our collection. 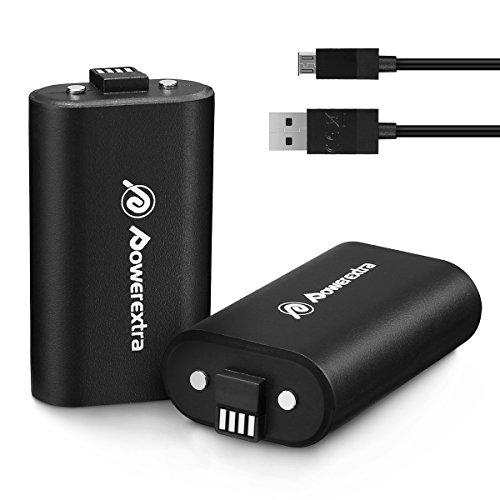