KontrolFreek GamerPack Galaxy for Xbox One Controller | Performance Thumbsticks | 1 High-Rise, 3 Mid-Rise | Purple/Green by Qunqi has discount price at our store. Check our collection. 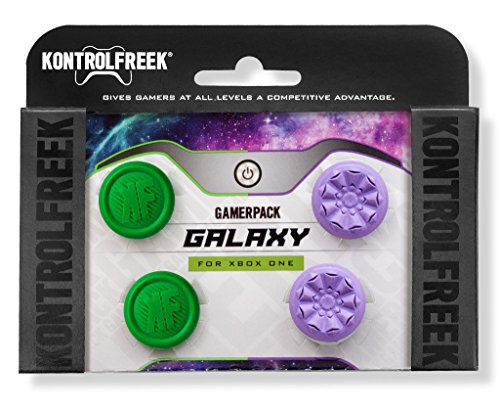