Bose Corporation /boʊz/ is a privately held American corporation, based in Framingham, Massachusetts, that designs, develops and sells audio equipment. Founded in 1964 by Amar Bose, the company sells its products throughout the world. According to the company annual report in the 2017 financial year, Bose received revenue of US$3.8 billion and employed more than 8,000 people. Bose is best known for its home audio systems and speakers, noise cancelling headphones, professional audio systems and automobile sound systems. The company has also conducted research into suspension technologies for cars and heavy-duty trucks and into the subject of cold fusion. Bose has a reputation for being particularly protective of its patents, trademarks, and brands. 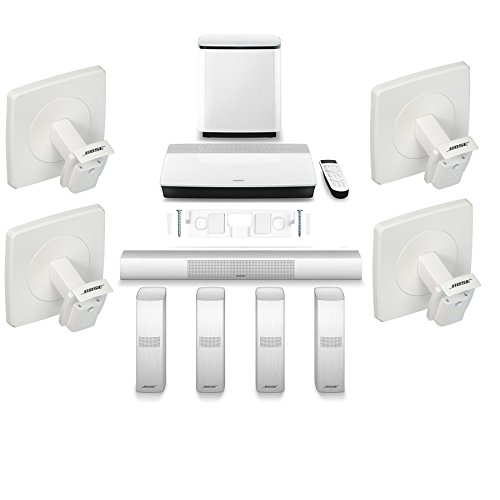 A majority of Bose Corporation’s non-voting shares were given by Amar Bose in 2011 to his alma mater and former employer, the Massachusetts Institute of Technology. They receive cash dividends, but are prohibited from selling the shares and are unable to participate in the management and governance of the company.

The Bose home speaker 500 fills any room with powerful sound. Inside the speaker, two custom drivers point in opposite directions to bounce sound off the walls, creating a soundstage wider than any other smart speaker. Voice control from Alexa is built in, which gives you access to millions of songs, playlists, Internet radio stations, and more. All you have to do is say the words, and the music starts playing. When the musician’s playing loud, the Bose home speaker 500 will still hear you. Just under the top is a custom-designed eight-microphone array for superior voice pickup. But control doesn’t stop at just voice – Start and stop the music with the top controls, or manage it all from the Bose music app.